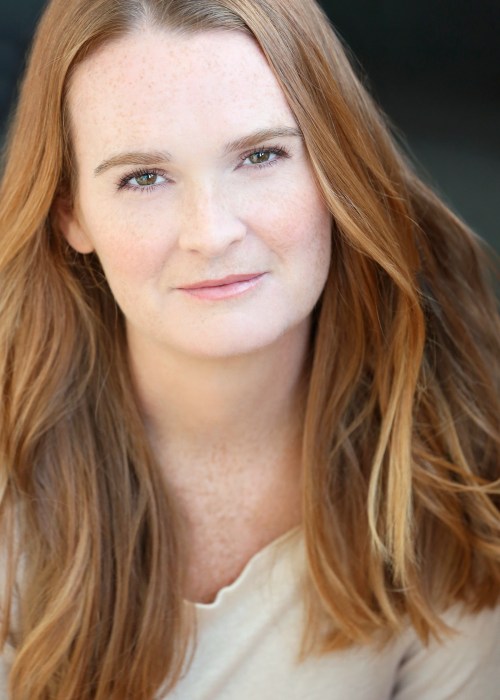 Lacy Crawford is the author of the novel Early Decision. She lives in Southern California with her family 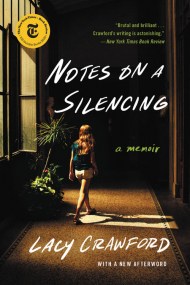 Notes on a Silencing

A "powerful and scary and important and true" memoir of a young woman's struggle to regain her sense of self after trauma, and the efforts… 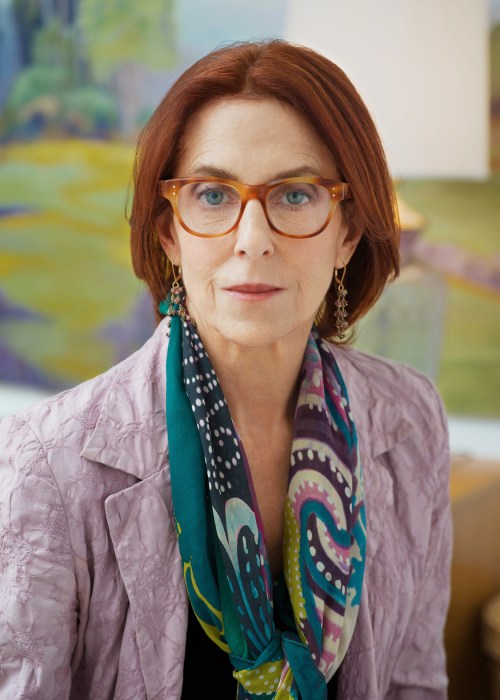 Jan Eliasberg is an award-winning writer/director. Her prolific directing career includes dramatic pilots for CBS, NBC, and ABC, such as Miami Vice and Wiseguy; countless episodes of television series, including Bull, Nashville, Parenthood, The Magicians, Blue Bloods, NCIS: Los Angeles, Supernatural, and dozens of others; as well as the feature film Past Midnight, starring Paul Giamatti, the late Natasha Richardson, and Rutger Hauer.
Eliasberg also has a storied career as a screenwriter, writing films driven by strong female leads, including Fly Girls about the Women Air Service Pilots in WWII for Nicole Kidman and Cameron Diaz at FOX 2000, among many others. 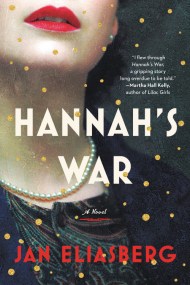 A "mesmerizing" re-imagination of the final months of World War II (Kate Quinn, author of The Alice Network), Hannah's War is an unforgettable love story… 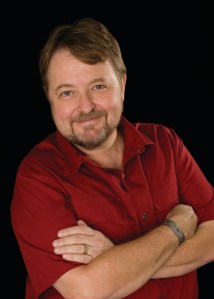 A finalist for the Pulitzer Prize for his landmark work of nonficiton The Devil’s Highway, Luis Alberto Urrea is also the bestselling author of the novels The Hummingbird’s Daughter, Into the Beautiful North, and Queen of America, as well as the story collection The Water Museum, a PEN/Faulkner Award finalist. 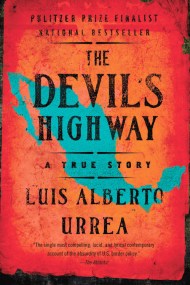 From a Pulitzer Prize finalist, "the single most compelling, lucid, and lyrical contemporary account of the absurdity of U.S. border policy" (The Atlantic). In May…

The House of Broken Angels

In this "raucous, moving, and necessary" story by a Pulitzer Prize finalist (San Francisco Chronicle), the De La Cruzes, a family on the Mexican-American border,… 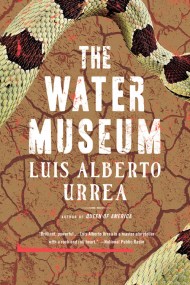 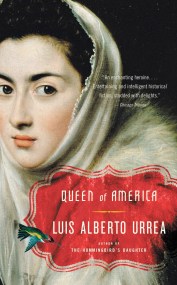 At turns heartbreaking, uplifting, fiercely romantic, and riotously funny, Queen of America tells the unforgettable story of a young woman coming of age and finding… 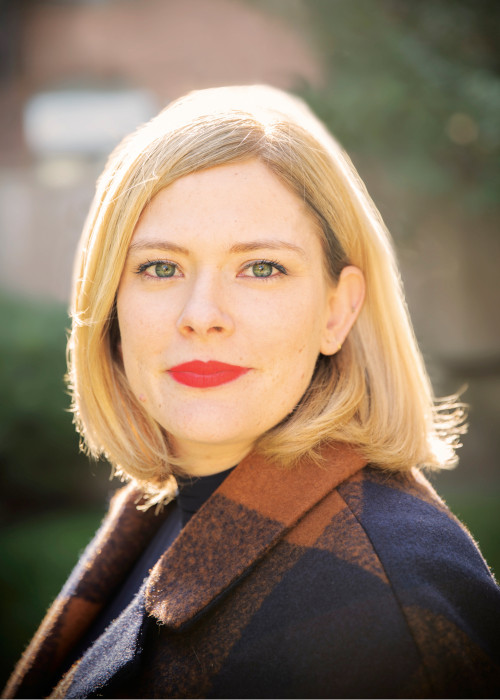 Susannah Cahalan is the award-winning, New York Times bestselling author of Brain on Fire: My Month of Madness, a memoir about her struggle with a rare autoimmune disease of the brain. She writes for the New York Post. Her work has also been featured in the New York Times, Scientific American Magazine, Glamour, Psychology Today, and other publications. She lives in Brooklyn. 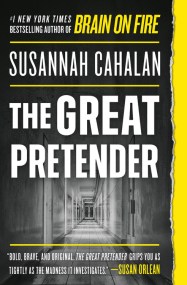 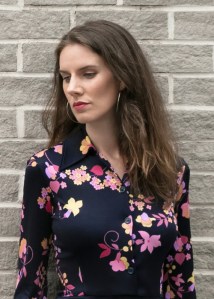 Leslie Jamison is the author of the New York Times bestsellers The Recovering and The Empathy Exams, and the novel The Gin Closet. She is a contributing writer for the New York Times Magazine, and her work has appeared in publications including The Atlantic, Harper’s, the New York Times Book Review, the Oxford American, and the Virginia Quarterly Review. She directs the graduate nonfiction program at Columbia University and lives in Brooklyn with her family. 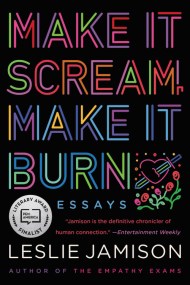 Make It Scream, Make It Burn

From the "astounding" (Entertainment Weekly), "spectacularly evocative" (The Atlantic), and "brilliant" (Los Angeles Times) author of the New York Times bestsellers The Recovering and The… 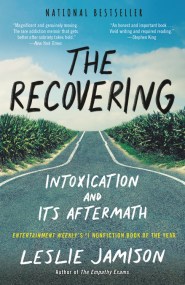 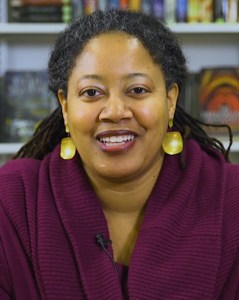 N. K. Jemisin is a Brooklyn author who won the 2016 Hugo Award for Best Novel for The Fifth Season, which was also a New York Times Notable Book of 2015, and the 2017 Hugo Award for Best Novel for The Obelisk Gate. She previously won the Locus Award for her first novel, The Hundred Thousand Kingdoms, and her short fiction and novels have been nominated multiple times for Hugo, World Fantasy, Nebula, and RT Reviewers’ Choice awards, and shortlisted for the Crawford and the James Tiptree, Jr. awards. She is a science fiction and fantasy reviewer for the New York Times, and you can find her online at nkjemisin.com. 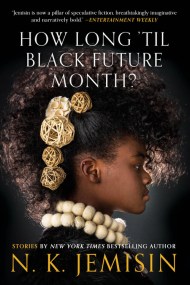 How Long 'til Black Future Month?

Spirits haunt the flooded streets of New Orleans in the aftermath of Hurricane Katrina. In a parallel universe, a utopian society watches our world, trying to learn from our mistakes. A black mother in the Jim Crow South must save her daughter from a fey offering impossible promises. And in the Hugo award-nominated short story "The City Born Great," a young street kid fights to give birth to an old metropolis's soul.
Read More 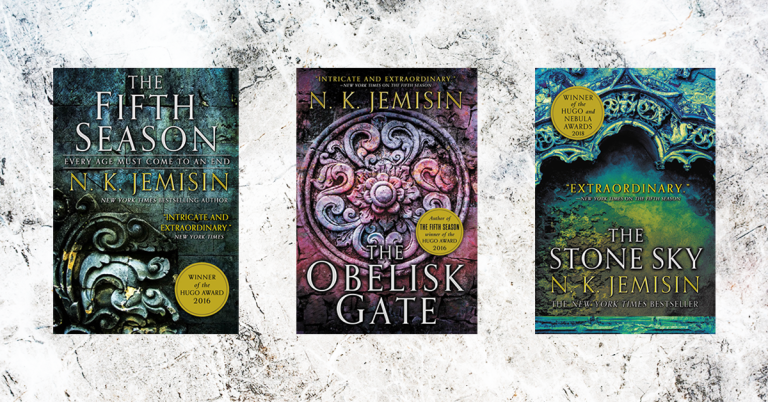 The Broken Earth Trilogy in Order by N. K. Jemisin