Have you ever gone on a road trip? The snacks! Great playlists! And so much time to read if you aren’t the one at the wheel. (Pro-tip.) Team Forever was inspired by the road trip in Three Little Words by Jenny Holiday, the final book in the Bridesmaids Behaving Badly series. A snowstorm thwarts original travel plans to a wedding in Florida, and two unlikely characters find themselves on a road trip down the East Coast.

If you are looking to travel vicariously through some of our characters, we’re recommending a few titles featuring a road trip. Happy reading and wanderlusting! 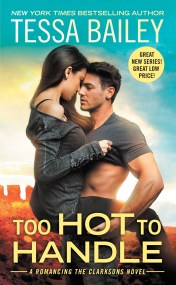 Family bonding and a new career direction await Rita as she embarks on a solo trip from California to Coney Island, New York. Until her car breaks down in New Mexico and she meets the charming Jasper Ellis...

About the book: Having already flambéed her culinary career beyond recognition, Rita Clarkson is now stranded in God-Knows-Where, New Mexico, with a busted-ass car and her three temperamental siblings, who she hasn’t seen in years. When rescue shows up—six-feet-plus of hot, charming sex on a motorcycle—Rita’s pretty certain she’s gone from the frying pan right into the fire. Jasper Ellis has a bad boy reputation in this town, and he loathes it. The moment he sees Rita, though, Jasper knows he’s about to be sorely tempted. There’s something real between them. Something raw. And Jasper has only a few days to show Rita that he isn’t just for tonight—he’s forever. 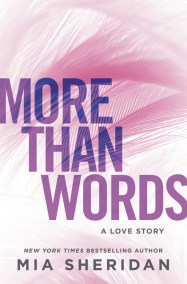 Okay so the road trip is a weekend adventure but it's France (oh-la-la) and leads to some of the funniest and sexiest (it's true) moments in this book.
About the book: Once upon a time, Callen and Jessie were childhood best friends who kissed once. And then he disappeared. Years later, everyone knows who Callen Hayes is. Famous composer. Infamous bad boy. What no one knows is that Callen’s music is now trapped behind his own inner demons. It’s only when he withdraws to France to drink his way through the darkness that Callen stumbles into the one person who makes the music return. Jessica. His Jessie. But they don’t belong in each other’s worlds anymore. There are too many mistakes. Too many secrets. Too many lies. All they have is that instinctive longing, that need—and something that looks dangerously like love. 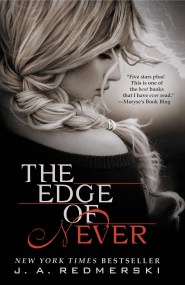 The Edge of Never

by J. A. Redmerski

Remember what we said? The best road trip is when you aren't doing the driving and here's an example of that. Camryn takes a chance on herself and boards a bus for a cross-country trip and finds Andrew on the way...

About the book: Twenty-year-old Camryn Bennett thought she knew exactly where her life was going. But after a wild night, she shocks everyone-including herself-when she decides to board a Greyhound bus ready to find herself. Instead, she finds Andrew Parrish. Sexy and exciting, Andrew persuades Camryn to do things she never thought she would and shows her how to give in to her deepest, most forbidden desires. Soon he becomes the center of her daring new life, pulling love and lust and emotion out of her in ways she never imagined possible. But there is more to Andrew than Camryn realizes. Will his secret push them inseparably together-or destroy them forever? 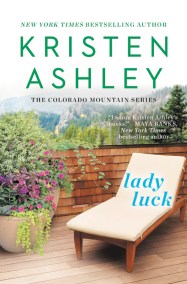 Throw on some Frank Sinatra as Lexie and Ty travel to Vegas for a high stakes poker game.
About the book: Since birth, Lexie Berry has had nothing but bad luck. Orphaned at an early age, she had a rough childhood and a boyfriend who was murdered. Now Lexie is determined to change her luck and her life. But first she’s got to make good on a promise: to pick up Ty Walker from prison. One look at the gorgeous ex-convict and Lexie is already thinking about taking a walk on the wild side... For five years, Ty was imprisoned for a crime he didn’t commit. Now he wants revenge on the people who framed him. Yet when the high-stakes poker player sees the leggy Lexie, he suddenly has other desires on his mind. When Ty tells Lexie that he’s innocent, she tries to stop his plan for vengeance and help him become a better man. Can he and Lexie find a way to escape the past? 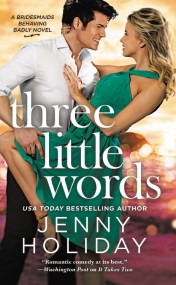 Destination: wedding. Gia and Bennett get to know each other on a road trip through the East Coast and it's pretty delicious. (Seriously, he's a chef. He knows all!)
Gia Gallo is officially in bridesmaid hell. Stranded in New York with her best friend’s wedding dress, Gia has six days to make it to Florida in time for the ceremony. And oh-so-charming best man Bennett Buchanan has taken the last available rental car. Looks like she’s in for one long road trip with the sexiest – and most irritating – Southern gentleman she’s ever met. Bennett’s pretty sure that if there was ever a woman to break his “no flings” rule, Gia would be it. Sure, she’s stubborn. She’s also funny, smart, and the attraction between them is getting hotter with every state line they cross. While Bennett doesn’t do casual, Gia doesn’t do “relationships.” But if they break the rules, this unlikely pair might discover that their impromptu road trip could turn out to be the best ride of their lives.