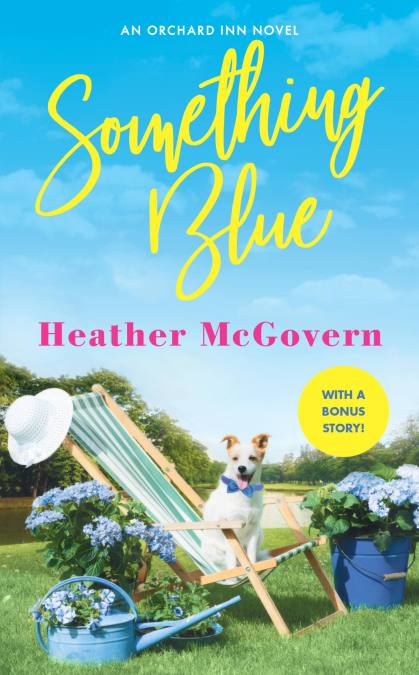 by Heather McGovern
This wedding needs to be the event of the season. Unfortunately, the best man is doing everything he can to derail it . . .

Wedding planner Beth Shipley has seen it all: bridezillas, monster-in-laws, and last-minute jitters at the altar. But this wedding is different—and the stakes are much, much higher. Not only is her best friend the bride, but bookings at her family’s inn have been in free fall ever since an unfortunate food-poisoning incident. Beth’s got one chance to save her family’s business, and she knows she can do it. As long as she doesn’t let Sawyer Silva’s good looks and overprotective, overbearing older brother act distract her.

Sawyer learned firsthand that forever doesn’t last. So when his brother decides to race down the aisle with a woman he barely knows, Sawyer is determined to keep him from making the biggest mistake of his life. Yet the more time Sawyer spends around the passionate and hardworking Beth, the more trouble he has disentangling his feelings—about the wedding and the wedding planner. When Beth discovers Sawyer’s plans, can he convince her that his only real objection is to a future that doesn’t include her? 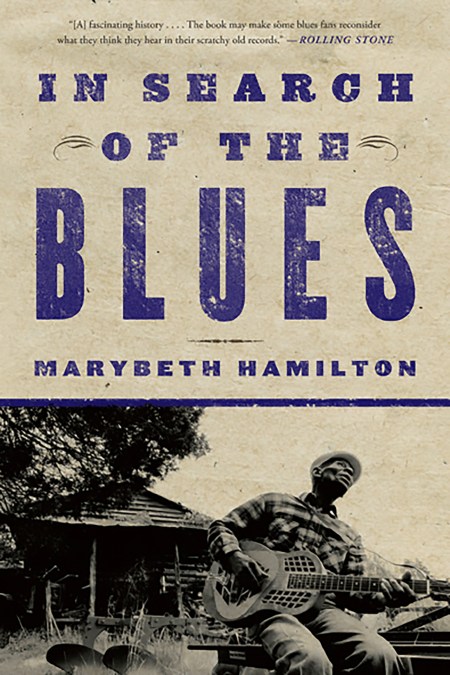 In Search of the Blues

by Marybeth Hamilton
Leadbelly, Robert Johnson, Charley Patton-we are all familiar with the story of the Delta blues. Fierce, raw voices; tormented drifters; deals with the devil at the crossroads at midnight.

In this extraordinary reconstruction of the origins of the Delta blues, historian Marybeth Hamilton demonstrates that the story as we know it is largely a myth. The idea of something called Delta blues only emerged in the mid-twentieth century, the culmination of a longstanding white fascination with the exotic mysteries of black music.

Hamilton shows that the Delta blues was effectively invented by white pilgrims, seekers, and propagandists who headed deep into America’s south in search of an authentic black voice of rage and redemption. In their quest, and in the immense popularity of the music they championed, we confront America’s ongoing love affair with racial difference. 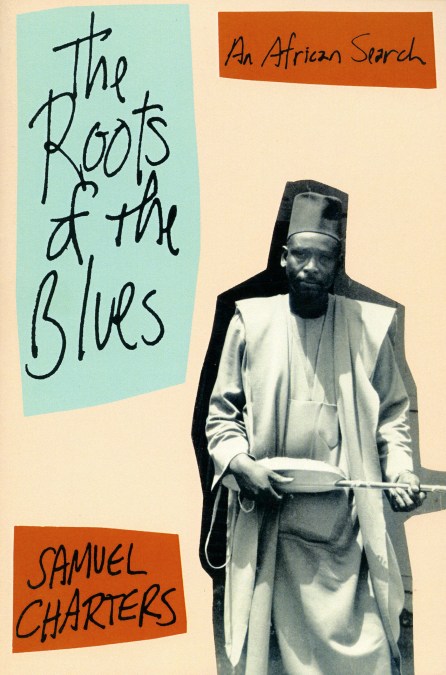 The Roots Of The Blues

by Samuel Charters
“I went to Africa to find the roots of the blues.” So Samuel Charters begins the extraordinary story of his research. But what began as a study of how the blues was handed down from African slaves to musicians of today via the slave ships, became something much more complex. For in Africa Samuel Charters discovered a music which was not just a part of the past but a very vital living part of African culture. The Roots of the Blues not only reveals Charters’s remarkable talent in discussing African folk music and its relationship with American blues; it demonstrates his power as a descriptive and narrative writer. Using extensive quotations of song lyrics and some remarkable photographs of the musicians, Charters has created a unique contribution to our understanding of both African and American cultures and their music. 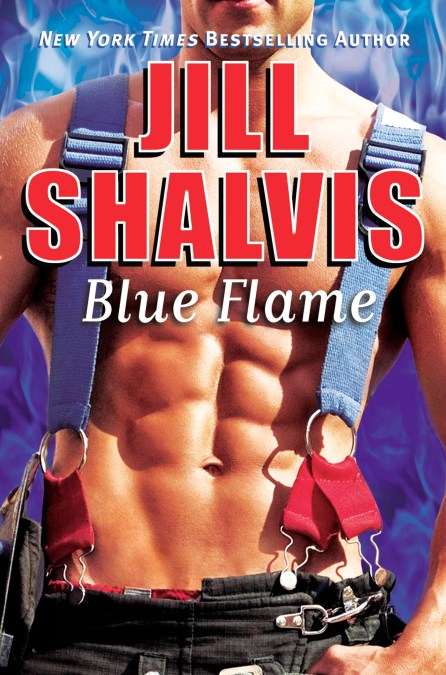 by Jill Shalvis
IF YOU CAN’T HANDLE THE HEAT . . .

Callie Hayes is the hardworking manager of the Blue Flame, Arizona’s most remote, relaxing guest ranch. She’s given everything to the ranch, body, heart, and soul-three things that go haywire when her sexy employer suddenly shows up. Their intense, stormy past has taught Callie to never mix business with pleasure. But something about Jake is different now . . .

San Diego firefighter Jake Rawlings knows the ranch he inherited from his father is safe in Callie’s capable hands. After being injured in a high-profile rescue, Jake decides to recover in solitude at the Blue Flame. He may have left the fires behind, but he hasn’t escaped the heat; Callie is just as hot and irresistible as he remembers. Now coming home doesn’t seem like the best idea-as the sparks between Jake and Callie threaten to burn out of control . . . 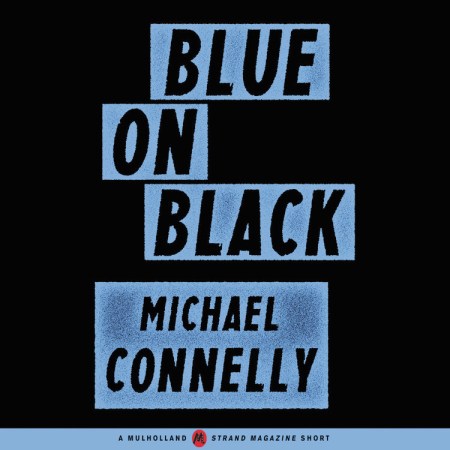 Two women have gone missing, and LAPD Detective Harry Bosch has a strong suspicion that an avid fisherman named Denninger is the culprit. Bosch needs something stronger than a suspicion to bring Denninger in, but all he has are a handful of photos — prior mug shots and pictures of Denninger posing with his prize fish. It’s not much to go on, and Bosch is running out of time, which is why he calls in FBI agent Rachel Walling. What she sees in these photos could blow his case wide open.

“Blue on Black” by Michael Connelly is one of 20 short stories within Mulholland Books’s Strand Originals series, featuring thrilling stories by the biggest names in mystery from the Strand Magazine archives. View the full series list at mulhollandbooks.com and listen to them all! 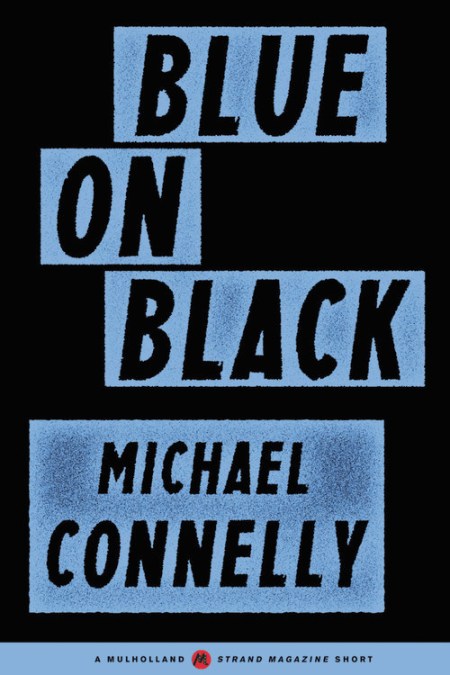 by Michael Connelly
From the #1 New York Times bestselling author Michael Connelly, a short story featuring LAPD Detective Harry Bosch and FBI agent Rachel Walling.
Two women have gone missing, and LAPD Detective Harry Bosch has a strong suspicion that an avid fisherman named Denninger is the culprit. Bosch needs something stronger than a suspicion to bring Denninger in, but all he has are a handful of photos–prior mug shots and pictures of Denninger posing with his prize fish. It’s not much to go on, and Bosch is running out of time, which is why he calls in FBI agent Rachel Walling. What she sees in these photos could blow his case wide open.
“Blue on Black” by Michael Connelly is one of 20 short stories within Mulholland Books’s Strand Originals series, featuring thrilling stories by the biggest names in mystery from the Strand Magazine archives. View the full series list at mulhollandbooks.com and listen to them all! 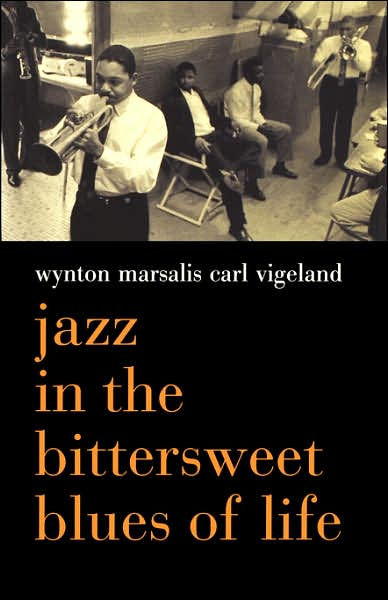 Jazz In The Bittersweet Blues Of Life

by Wynton Marsalis by Carl Vigeland
Experience the inspiration and joy of creation and performance in Jazz in the Bittersweet Blues of Life , an intimate portrait of a unique artist and his audience. Set in the studio, on the stage, and in great cities and small towns across the country, this book captures life on the road for Marsalis and his musicians, evoking its ritual and renewal, energy and spirituality. Describing the art of improvisation, the book’s two voices mirror the interplay at the heart of jazz. “On the road and on the bandstand,” Marsalis writes, “something great may happen at any moment, something that might even change your life.” Alternately luminous and boisterous, often poignant, and always passionate, Marsalis and Vigeland’s extraordinary dialogue is a must for fans, musicians, and anyone curious about America’s only indigenous art form. 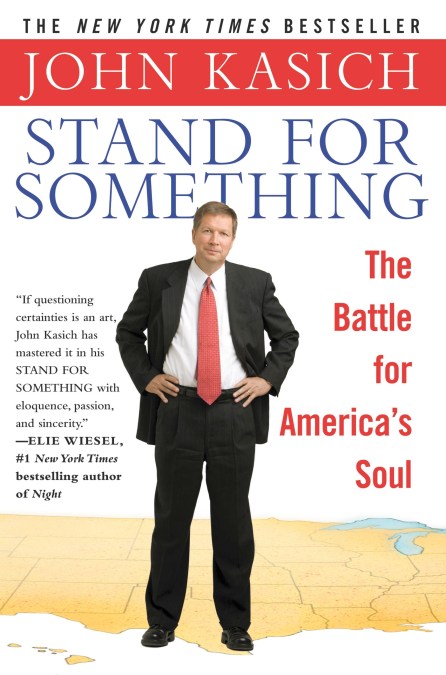 "Honesty, integrity, personal responsibility, faith, humility, accountability, compassion, forgiveness…These are our American values, our common denominators…" Drawing on his childhood growing up in blue-collar McKees Rocks, PA, his college years, his Washington career, and his most recent turn in the private sector, Kasich reminds us of the fundamental principles that are our American legacy.

In blunt, straight-shooting tones, he reveals new ways to hold our government officials accountable for their actions, and how to pressure sports figures to start living up to their role model status. He encourages us to have the gumption to be morally responsible business leaders who look beyond the bottom line, and shows us how courageous people of faith have helped transform their communities. He inspires parents to improve their children's schools, reminding us that our educational institutions need dollars and sense to compete on a global scale.

And, saving the "best" for last, he takes on American popular culture, including the media, and asks us to use our wallets, the free press, and our own good judgment to protest all that is offensive in the current American way of life. Leadership starts with you, Kasich tells us. "We all share the power to grow and change and reimagine the world," he writes. "If you see something happening that sets you off, rise up and do something about it."John Kasich's book is a rallying cry for all Americans that will make us think and-most important-make us get out of our easy chairs and Stand for Something. 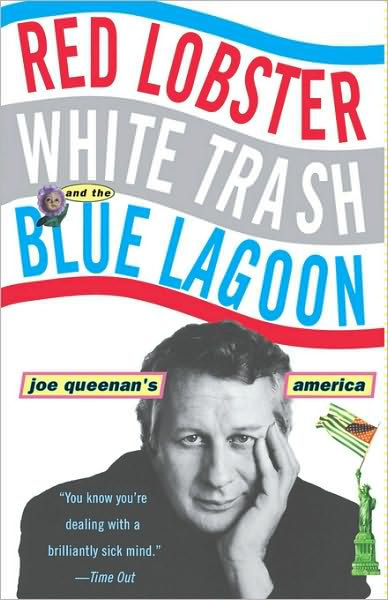 by Joe Queenan
For fourteen years, critic Joe Queenan walked past the Winter Garden Theater in New York City without once even dreaming of venturing inside to see Cats. One fateful afternoon in March 1996, however, having grown weary of his hopelessly elitist lifestyle, he decided to buy a half-price ticket and check out Andrew Lloyd Webber’s record-breaking juggernaut. No, he did not expect the musical to be any good, but surely there were limits to how bad it could be. Here, Queenan was tragically mistaken. Cats, what Grease would look like if all the cast members were dressed up like KISS, was infinitely more idiotic than he had ever imagined. Yet now the Rubicon had been crossed. Queenan had involuntarily launched himself on a harrowing personal oddyssey: an 18-month descent into the abyss of American popular culture. At first, Queenan found things to be every bit as atrocious as he expected. John Tesh defiling the temple of Carnegie Hall reminded him of Adolf Hitler goose-stepping in the shadow of the Eiffel Tower. The Celestine Prophecy and The Horse Whisperer proved to be prodigiously cretinous. And the sight of senior citizens forking over their hard-earned nickels and dimes to watch Joe Pesci in Gone Fishin’ so moved Queenan that he began standing outside the theater issuing refunds to exiting patrons. But then something strange happened. Queenan started enjoying Barry Manilow concerts. He went to see Julie Andrews and Liza Minnelli and Raquel Welch in Victor/Victoria. He said nice things about Larry King and Charles Grodin in his weekly TV Guide column. He spent hours planted in front of the television, transfixed by special, two-hour episodes of Walker: Texas Ranger. He actually ordered the dreaded zuppa toscana at the Olive Garden. Most frightening of all, he shook hands with Geraldo Rivera. How Queenan finally escaped from the cultural Hot Zone and returned to civilization is an epic tale as heart-warming, awe-inspiring, and life-affirming as Robinson Crusoe, The Adventures of Marco Polo, Gulliver’s Travels, and Swiss Family Robinson. Well, almost. 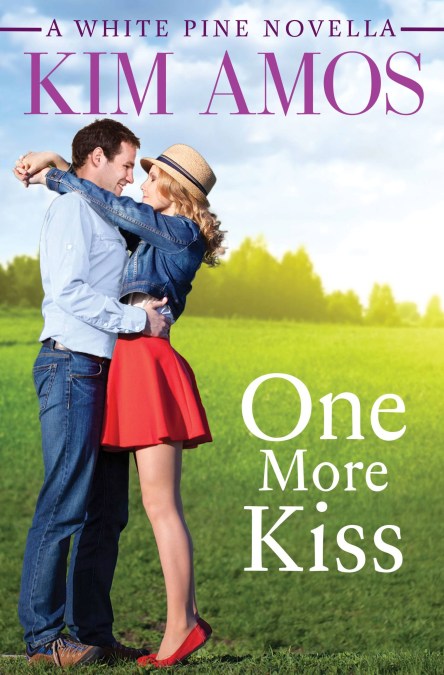 by Kim Amos
ONE MORE KISS . . .
Betty Lindholm doesn’t know whether to laugh or cry. The banner advertising the new shipment of satin at her fabric store finally arrived and now the entire town of White Pine is up in arms. How was she supposed to know there’d be a typo? Now the entire town thinks she’s proclaiming “Satan is here!” Even the gorgeous pastor with his steel-grey eyes and sexy smile . . .

. . . IS NEVER ENOUGH
Pastor Randall Sondheim is always on the lookout for excuses to drop by Betty’s shop and gaze into her lovely blue eyes. The latest is her crazy sign-could that be a sign of something more? Sweet Betty brings out the best in him but it’s the worst in him, his dark secret tragedy, that worries Randall. Can this man of God conquer his own demons to win a match made in heaven?